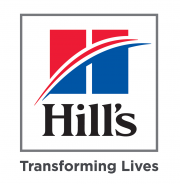 Current Laws and Policies Regarding Marijuana, Hemp, and Animals

California Veterinary Medical Board
Current Laws and Policies Regarding Marijuana, Hemp, and Animals

The Veterinary Medical Board does not have a formal position on the matter of marijuana and hemp use on animals. However, the following are summaries of the relevant laws relating to marijuana, hemp, animals, and Board licensees:

1. Federal Law (DEA). The Federal Drug Enforcement Administration (DEA) has ultimate jurisdiction over controlled substances, including marijuana. The DEA has listed cannabis and cannaboid products as Schedule I controlled substances, meaning that these substances have a high potential for abuse and no currently accepted medical use. The DEA has not given veterinarians the authority to possess, administer, dispense, or prescribe cannabis or cannaboid products. Therefore, under Federal Law, veterinarians are prohibited from engaging in such activity.

In a letter received by the Board on October 3, 2016, James A. Arnold, Chief, Liaison and Policy Section, Diversion Control Division, Department of Justice, DEA, wrote: “Marijuana remains a Schedule I controlled substance under the Controlled Substance Act (CSA) as it has no currently accepted medical use in treatment in the United States – for humans or animals. This is because marijuana has never been proven in scientific studies to be safe and effective for the treatment of any disease or condition.”

2. California Law. Current California law makes it legal for human patients and their designated primary caregivers to possess and cultivate marijuana for their personal medical use with the recommendation or approval of a California-licensed physician or surgeon. In addition, the recently passed Proposition 64 “Legalizes marijuana under state law, for use by adults 21 or older.” There is nothing in California law that would allow a veterinarian to prescribe, recommend, or approve marijuana for treating animals. Veterinarians are in violation of California law if they are incorporating cannabis into their practices.

3. FDA. The Federal Food and Drug Administration (FDA) has warned that consumers should beware of purchasing and using products containing cannabis for animals. These products have not been approved by the FDA for the diagnosis, cure, mitigation, treatment or prevention of diseases. They also have not been documented as a safe and efficacious remedy by the professional veterinary medical community. In the aforementioned letter from Mr. Arnold of the DEA, he wrote: “…the Food and Drug Administration has not approved for marketing any drug product containing marijuana – again, either for humans or animals.”

4. Hemp. Pursuant to the Statement of Principles Concerning Industrial Hemp and the Agricultural Act of 2014, published by the U.S. Department of Agriculture in consultation with the DEA and the FDA on August 12, 2016: “The 2014 Act did not remove industrial hemp from the list of controlled substances and, with certain limited exceptions, the requirements of the Federal Food, Drug, and Cosmetic Act and the CSA continue to apply to industrial hemp.”

From an enforcement perspective, if the Veterinary Medical Board were to receive a complaint related to a Board licensee’s involvement in the treatment of an animal with a marijuana or hemp-related product, the Board would be obligated to conduct an investigation and take appropriate disciplinary action if the findings so warranted.

The following links are provided for your information:

• Statement of Principles on Industrial Hemp, A Notice by the Agriculture Department, the Drug Enforcement Administration, and the Food and Drug Administration published 8/12/2016: